CD Review: Raise The Rent - Dig and Be Dug 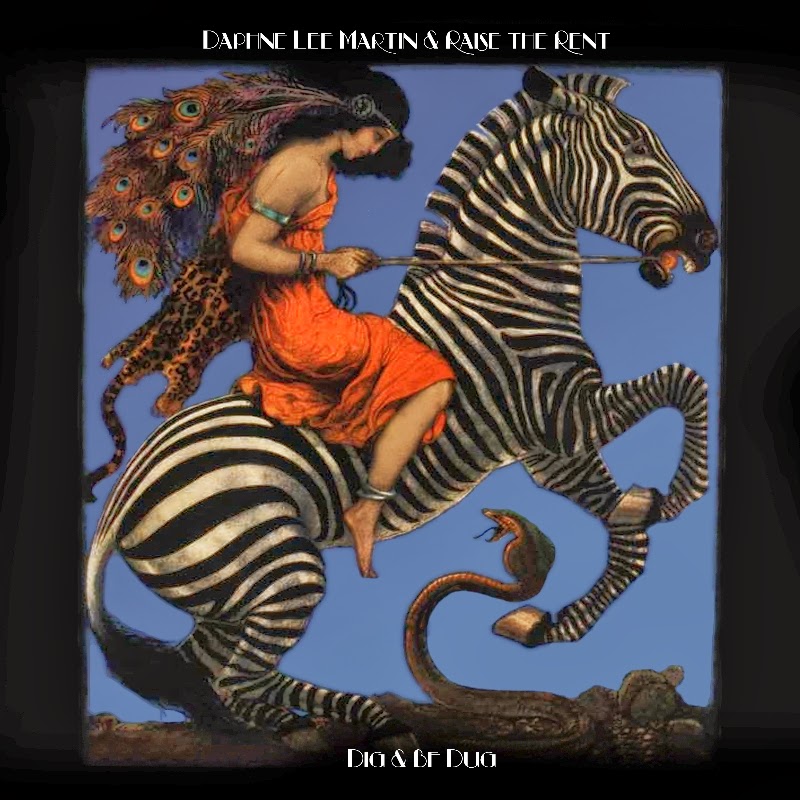 There is a certain amount of struggle between modernizing a style of music in order to evolve the genre and staying true to the roots and original intention of it.  This struggle is especially true when you’re playing Jazz, Country and or Folk. There are Jazz purists that would call the music of Cecil Taylor noise, Country purists that say Hank III is a disgrace to the family name and Folk purists that still curse the name Bob Dylan.  With Dig & Be Dug, Daphne Lee Martin & Raise the Rent have made it clear that they have no intentions to playing to the purists.

There are 4 Tom Waits-esque songs that land somewhere between The Heart of Saturday Night and Blue Valentine that set up the framework for the album.  They have a loungey vibe but with an electric and more lush instrumentation.  The intricate mix takes the songs out of the smoky basement bar and puts them on the silver screen.  It's not so much about the authenticity of the sound as it is using the sound to tell a story with grand, vivid images.  The other songs on Dig & Be Dug run the gamut between the southern swing pop of "Pull My Daisy" to the New Orleans trumpeting of "In Lieu of Flowers" and floating country ballad "Saratoga Rain".

Confused on how these sounds all fit together?  The simple answer is Daphne Lee Martin.  Her voice and charisma pull you through the album easing your mind about the different sounds and structures you're hearing behind her.  There is a full range of emotion on the album but Daphne never loses composure and allows a boisterous chorus to pull her out of her range or a somber verse to dull her to whisper, she shows control rather than restraint.

The work ethic of both Daphne and her orchestra of Americana musicians shine like a beacon to those wondering how to make a good album.  The sounds on Dig & Be Dug are not a shot in the dark.  These are the sounds of effort, vision and drive.