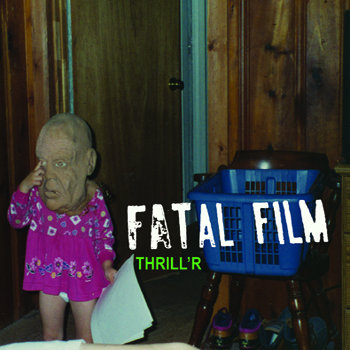 Though the songs are not brand new, the selection is diverse enough to always be interesting but still very cohesive as a record. There's a little punk and a little blues; a few mid tempo songs and a few up tempo songs; some clean tone and some dirty tone; like I said the song selection is great.  This record does give me a different vision of these songs than I previously had, hearing them live.

When I think Fatal Film I think very angular very sharp guitar, a rhythm section that is pummeling and vocals that give you a false sense of calm about the menacing music that's being played.  The production of this record seemed to smooth it all over without making it sound smooth. The guitars are very muddy for the most part and the drums are almost non-existent. The lack of attack in the sound made me see a pop-sensibility I never saw in Fatal Film but the lack of polish on the sound kind of shoots those sensibilities in the foot.

In sharp contrast to all that the vocal sound on this record is amazing. The play of different reverb and distortion on the vocals throughout the record gives them great intensity and makes them stand out.  Matt Potter's lyrics have always been very raw and up front and Thrill'r gives the vocals a sound that matches. There are a few other sonic tidbits that made me do a double take while listening to these familiar songs. The distorted drum roll leading into the closing of "All Our Cash" where the tambourine keeps time is a great way to bring the song to a big finish. They added keyboard on the album's opening track "Last Step" giving the song a really creepy atmosphere and depth. This was an unexpected move considering the stripped down straight ahead approach of this lineup. For me it paid off in spades. I didn't do a double take because I knew that the guitar nose dives at the end of "Sea Of Shitheads" would be coming but I was elated to hear them right up front where they should be and sounding meaner than hell.  The bass sound on this record is also pretty true to form.  It's dirty, it's extremely punchy, it leaves nothing to be desired.  With the guitar sound on this record however, the bass can sometimes get lost in the mix or be overpowering, it's a hard sound to pin down.

My vote for best song on the record is "Sick as a Dog". This was a little surprising because my favorite thing about Fatal Film was their ability to put out more energy and anger than any "genre punk" without ever pigeonholing themselves. However,  Thrill'r made me hear something subtle and interesting about this song that I'm extremely happy to have heard. 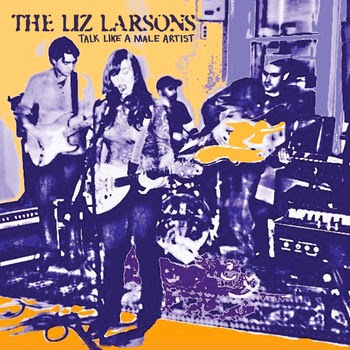