There are a lot of shows this weekend, and there should be something to suit anyone's taste. On Friday night, there's a four band show at Strange Brew Pub in Norwich. The bands are Eastern Hollows, Dances, Straight to VHS, and The Mendition of the Quay. Jangle-psych quintet Eastern Hollows is from Brooklyn, NY. They released their debut LP, The Way That You've Gone, in May. Garage pop trio Dances, who is also from Brooklyn, put out a new EP called Whiter Sands  in April. The Mendition of the Quay is a four-piece garage/psych/pop band from New Haven, who formed in 2008. They have released one album and a single, with a new one on the way soon. New London trio Straight to VHS, in addition to taking home a statuette for Best Garage Act at the recently Whalie Awards, recently released a new album called Weekend Weekend Weekend. The bands on this bill seem to be well matched, and this looks to be a great night. The show starts at 8 pm and cover is $5. 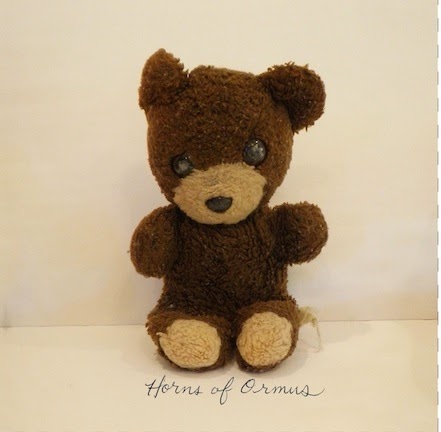 I've referred to Horns of Ormus as intelli-punk before and I'd say that their new release Bashful only solidifies that classification. Drawing as much influence from the arty leanings of bands like Television and Sonic Youth as they do the fury of bands like Wire and the Dead Boys, Bashful gives me the same feeling as I had when I first heard J Reatard's Blood Visions, "Wow I actually still enjoy punk!". HOO isn't reinventing the wheel but they're walking such a fine line with an incredible amount of grace that it's a pleasure to listen to. They're never obtuse, they're never hardcore and they're never ever ever up their own ass. It is an incredibly rare thing when smart and raucous go together without being any of those things. There is a jangly attack that runs through the entire record. Whether it's the high end scrape and cut of Chris's guitar or the sandpaper melody of Greg's vocals...these guys don't play defense.

We have a slow weekend ahead for live music, but there are still a few shows happening. On Friday night, Craig Johnson and Dana Takaki will be doing a happy hour set of originals and classics at the Bulkeley House in New London. Craig plays bass in Monkey68 (Vincent Tuckwood's band) and the Rivergods, but he occasionally does acoustic singer/songwriter type shows as well. Craig also hosts the highly successful Common Ground Open Mic that takes place on Wednesday evenings at the Bulkeley House. He'll have accompaniment on Friday from violinist Dana Takaki, who has been extremely busy lately. Dana is a classically trained player who performs with orchestras as well as with local artists such as the Rivergods, Dogbite, and Arlene Wow!. She plays a wide variety of styles, and it should be great to see these two talented musicians play together. The show takes place outdoors on the patio from 5-7:30 pm, and there is no cover.

On Friday night, Sasquatch and the Sick-A-Billys will play a show at 33 Golden Street in New London, along with NYC trio The Bloodshots. It's been years since the Sick-A-Billys have played here, but Dave "Sasquatch" has performed at 33 several times in the meantime with King Sickabilly and his Full Moon Boys. From what I understand, this Providence psychobilly band recently reunited, and they just finished a two week tour that took them to Virginia and back. They played their first show in 2001, they've done a lot of touring, and they've had a bunch of lineup changes. I'm not sure who is in the band these days, but you can bet it will be a wild show anyway. I've seen this band a bunch of times, and I've definitely seen some crazy things happen onstage. You never know how his shows will turn out, but I can tell you that the best Sickabillys shows are the ones where Sasquatch does more music and less talking. Drunkenness and other antics aside, the music is excellent, and Sasquatch is a really good guitar player as well. Also on the bill are the Bloodshots, a Brooklyn rockabilly trio fronted by Little Lesley, who sings and plays upright bass. She's from upstate New York. Guitarist Brian "Swifty" Swift is from California. He's the son of a preacher, a situation which seems to create a lot of great songwriters. Staten Island native Bobby Lee plays drums. The band has been together about two years, and they have played a lot of shows in that short time period (including at least one show at 33 Golden Street). They have shared stages with legends such as Robert Gordon and the Rockats, and their live show sounds like it's extremely entertaining. This should be a fun night. I always love checking out the fashions and hair at the rockabilly shows too. The show starts at 9 pm and cover is $5. 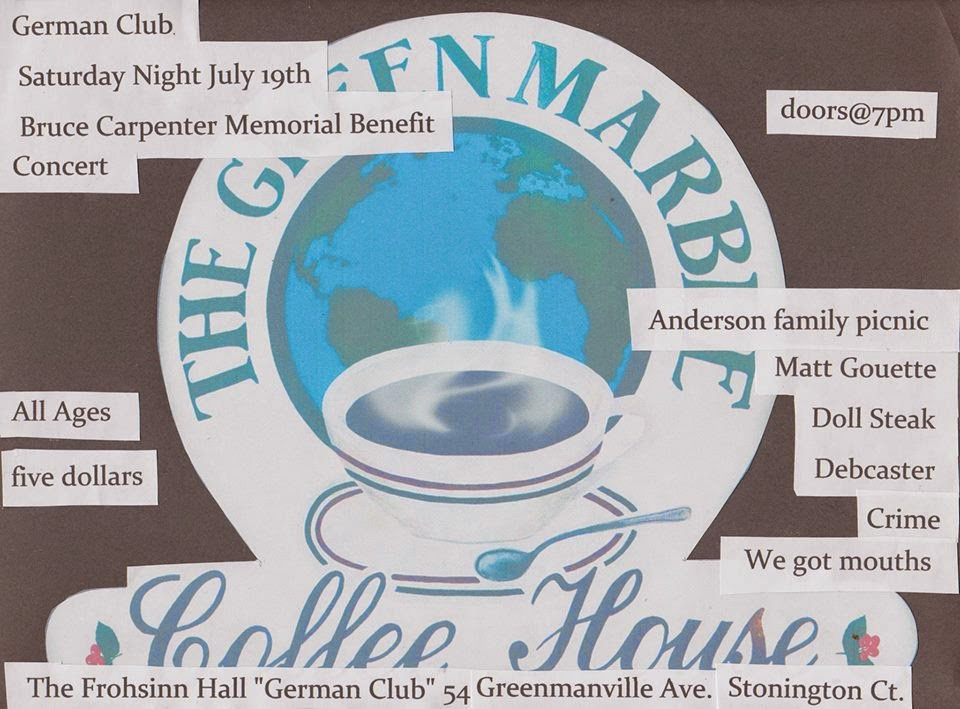 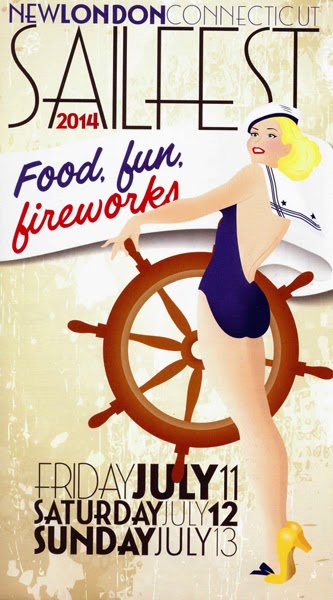 This article will continued to be updated as new information becomes available. Check back often!
Last updated July 11 - 11:43am


READ MORE »
Email ThisBlogThis!Share to TwitterShare to FacebookShare to Pinterest

One of the best weekends of the year is coming up, which means New London is going to be filled with great live music. Sailfest 2014  will be this Friday July 11 through Sunday July 12 in the downtown area, or if you prefer, "The District". Band stages will be at the Hygienic Art Park and the Custom House Pier, with the local clubs also hosting their own events from early evening until closing time. Due to a last minute cancellation, there will only be one ship in port for the festival (I could go on about that, but this is a music blog and you really don't want to get me started on that subject anyway), but for me Sailfest has always been about the music. Sure, there's lots of fair-type food (although not many vegetarian options), vendors, and the best fireworks show anywhere around. But one of the best things about living in New London is the opportunity to see live music in an outdoor setting on the waterfront. That's why this is one of the best weekends of the year.....

There aren't many shows this weekend as New London rests up for next weekend's Sailfest, but there are a couple of outdoor events that you'll definitely want to see. On Saturday night, the Hygienic Art Park is the place to be, for the first Can Kickers show in a very long time. To make the evening even better, The Paul Brockett Roadshow and The MacLean Sisters will also be playing. The Can Kickers released their first album of punk-influenced old-time music thirteen years ago, while the members were still students at Conn College. Since then they have toured all over the United States, even doing tours of Mexico and Ireland. These guys are masters of DIY, releasing four self-produced CDs in addition to booking all their local shows and tours. In the process, they also brought a lot of great bands to town...