CD Review: Estrogen & Tonic - The Story Of The Brecord 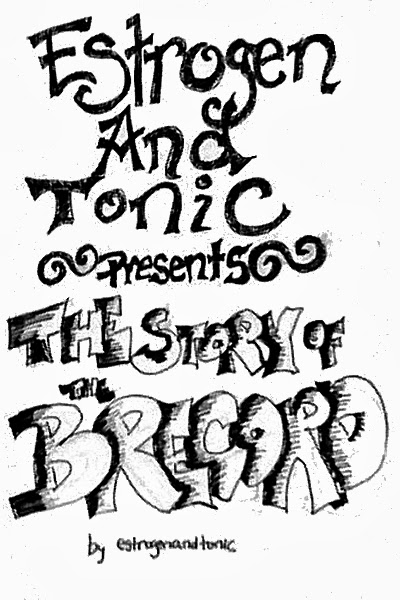 Another record by Estrogen &Tonic?  Yes, apparently during the midst of some weekend shenanigans at Breck Kearns' house they recorded The Story of Brecord... a semi-live, totally stripped down mix of new and old songs.  Matt Potter of Fatal Film is credited as manning the controls but pretty much allowed the crazies to run the asylum.

Twenty minutes or so of high energy fun without a single bell or whistle.  It's just Estrogen & Tonic being Estrogen and Tonic.  The CD is worth having just for "Fatal Film Rocks" which is a bizzaro cover of "Rocks" by Fatal film and "Bobby Crash on the Merry Go Round"... with the only words in the song being "Bobby Crash on the merry go round". Happy 15th guys!