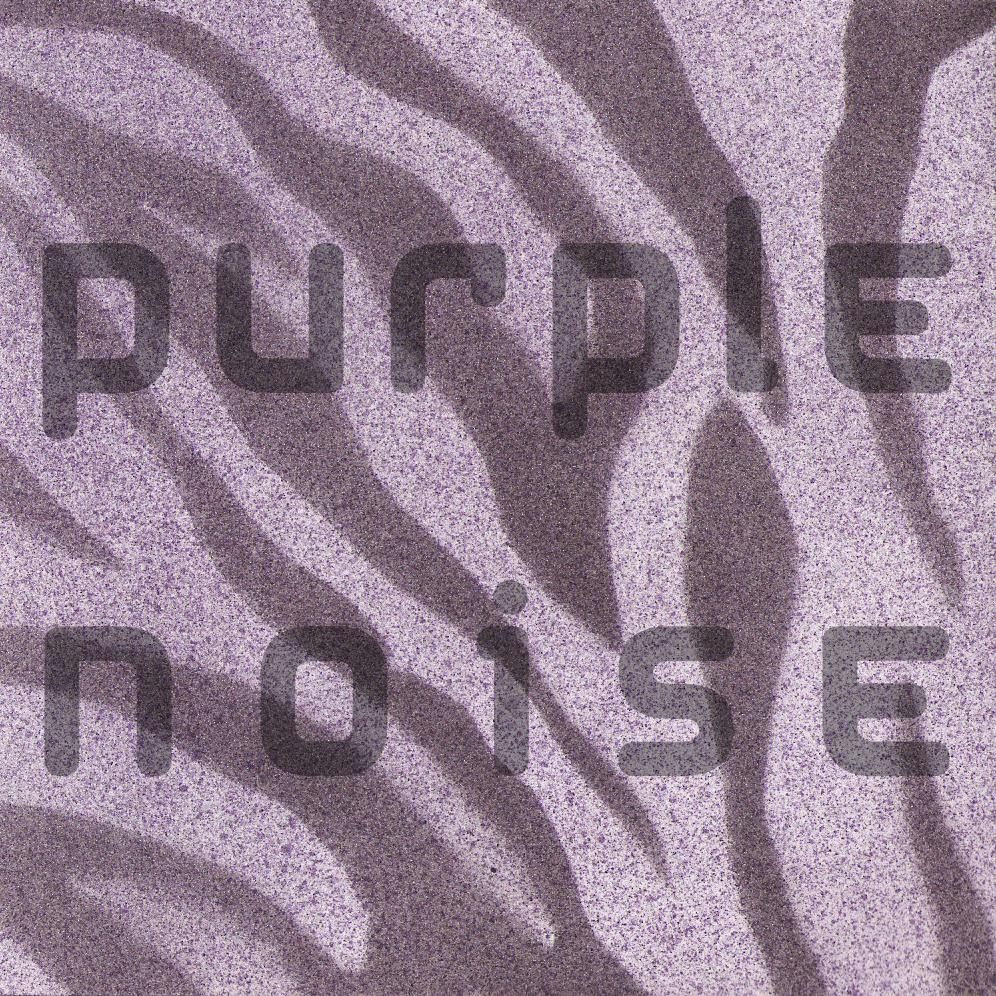 After a cursory listen Purple Noise gives you a sort of Hollywood car chase feeling.  The songs portray movement and have a rhythmic nature that would allow for cuts between drivers and different camera angles. Even as I write this I realize that is probably also why this makes good dance music.  What else, besides movement and rhythm, could you ask for in a dance song?  Not being much of a dancer myself I'm much more inclined to judge this on its sonic merits.

The album starts with what sounds like bad cell phone reception and static over a steady kick drum rhythm and low end synth line.  The static cuts away and other interlocking synths enter along with some... "porno noise" I guess is the best way to describe it.  You then get a pretty constant build until the song is cut to nothing but 15 seconds of a singular ascending note and then you're blasted   back to full volume.  The ups and downs for songs under or around 3 minutes are pretty impressive.  I didn't expect a lot of dynamic changes in a dance record but Purple Noise is brimming over with them.


The synth sounds all have a familiarity to them.  If you're looking for off the wall electronic noise this is probably the wrong genre for you anyway.  "Zombie Swagger" my personal favorite song on the EP, has the weirdest sounds but still nothing obnoxious just a little spacier.  The reason I like it the most though is the half time sections.  Equivalent to a hardcore breakdown this is right up my alley and a truly pleasant surprise.

I suppose what most people think makes a good dance record is how much it makes people want to dance.  A steady bass rhythm and high end bleeps and bloops will make a bunch of drunken kids get off their barstools.  Purple Noise is more substantial than that.  It's danceable for sure but the intermingling of sounds rhythms within these 4 songs is in a higher class than most.