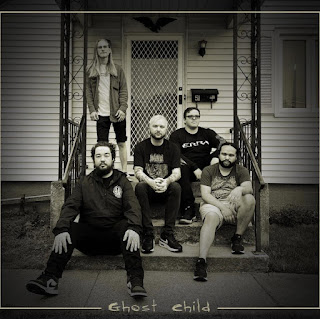 For those of you, (like myself), that love alternative rock -- you're in luck. Ghost Child from Groton are bringing numerous styles together in their songwriting to create a familiar yet new take to the alternative rock sound -- and its solid.
Their most recent album 'As the Moonlight Backs the Sun' -- released last year, has a strong 90's alternative influence with a punk and emo flair - not to mention was skillfully engineered and produced. It definitely has my vote for best autumn driving tunes right now. My favorite tracks are "This is the Way", "Oh, Love", "Remember" and "Better Off"-- which you can listen to in the article below.
These guys have a quality show lined up for this Saturday October 16 at 33 Golden Street in New London. I recently asked the band some questions about their sound, writing/recording and what they've got coming up, check it! --Meghan

WC: What’s the history of the band?
GC: Most of us live in different towns but we started in Groton and that’s where we practice too. The idea for the band first emerged in October 2019. Zach And Jonathan discussed a mutual interest in making a band influenced by punk and emo. First we wrote and recorded 'As The Moonlight Backs The Sun' which came out on October 6th 2020. Zach Dunn and Jonathan Maynard wrote the album. Hagen Cobb recorded, mixed and mastered it. Then we found a guitarist, bassist, and drummer to play the songs live. The current lineup is Jonathan Maynard on vocals, Zach Dunn on Guitar and Vocals, Jeremy Benoit on Guitar, Hagen Cobb on Bass, and Marc Scalia on Drums. We’ve all been in local bands previously, even a couple of the band members together but this is the first band we’re all together for.

I’m hearing a lot of different styles/genres in your music – and a heavy 90’s influence – what would you call yourself genre-wise?
We try to experiment with a lot of genres. There is some 90’s influence in there for sure. Sub-Pop bands such as Sunny Day Real Estate certainly are influences of ours, as well as 90’s-2000s punk, and even some more modern bands. As for what we identify with as a band, its easiest to call us an Alternative Rock band.

How would you describe your live show to people that have never seen you play?
Our live shows so far have been super energetic. We try to create a visual energy as well as performing the songs to the best of our abilities to emulate the sounds on the album. 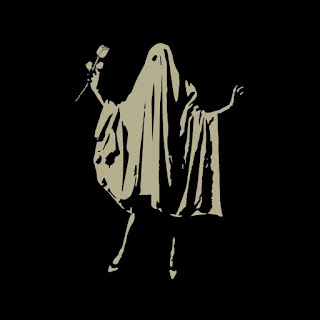 Is there any meaning behind the band name and how did you come up with it?
The meaning behind the band name comes from a mutual friend that had taken a photo at Seaside Sanatorium in Waterford and there looked to be an apparition of a ghost child in the photo.
Do you guys write as a collective or does one member do the majority of the writing and then bring it to the band?
For our first record 'As The Moonlight Backs The Sun', Jon and Zach mostly wrote their own songs. There was a level of collaboration on a few tracks, especially on finishing touches, (guitar layering, vocal harmonies, etc.). This was because the two of them had songs previously written. For our upcoming split EP with our friends in Peruse, as well as our second full length, it is far more collaborative between all of the current members.

What are some bands/musicians that inspire you guys?
We have a ton of influences, and try to let them show in the songs we write. To name a few, The Story So Far, Tremonti, Erra, Oso Oso, American Football, Mineral… the list would go on forever.

Talk about your latest release – tell us about the writing and recording process.
On our first album Zach and Jon did all of the writing for guitars, bass and vocals. The drums were midi. First we recorded scratch guitar tracks to write drums to first. Then we added two guitars, bass and lastly vocals. Our upcoming second album is a combination of songs written by the band as a whole, as well as Jon and Zach individually. However, four of the songs on the second album are going to be re-recordings of songs that Zach wrote in 2017. Like the first album, this upcoming album will have a diverse track list.
Do you prefer releasing full albums or singles and why?
As popular as singles are now, we are for sure an album band. That doesn’t mean we are against singles, though. We will be releasing one fairly soon, and probably a couple more before the album comes out.

Do you prefer physical media (vinyl, cd, cassette), streaming or both?
Streaming is the way of the future. We appreciate all the streams our album gets, and it is really cool how you can track the number of plays. However, we also love physical media. We have CD’s for 'As The Moonlight Backs The Sun' for sale, and hope to press our second record on vinyl.

Do you consider yourself more of a live band or a studio band?
Both! We love playing shows as well as working in the studio.

Are there any local bands that inspired you or that you’re digging these days?
Absolutely! Peruse, All In All Out, Dissonant Delusion, I Have No Eyes, Monument of a Memory, Ocean of Illusions, The Fivers, the list could go on!

What’s coming up next for you guys?
Shows, shows, and more shows. As many as we can book! As well as a split EP with our friends in Peruse. After that, a second full length album!
Catch the show: 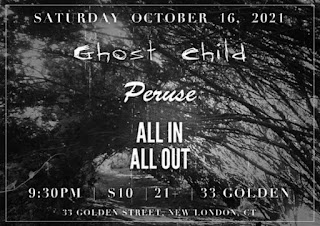