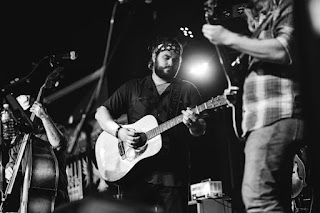 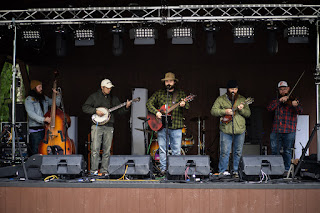 WC: Who are The Northern Roots?
NB: The Northern Roots is my band I started with my friend and drummer John Spaulding back in 2014. John plays drums, Mandolin, and sings back up vocals, Rob Briggs plays upright bass, Don Barnes plays lead guitar, Tom Pritchard plays fiddle and sings back up vocals, Brian Straub plays pedal steel guitar, and Xuan Liu plays banjo and harmonica.
Covid restrictions are slowly being lifted, some people are cautious about playing shows/being at shows. What has the perception been for you since coming out of this darkness?
I've noticed that pretty much everyone is comfortable with outdoor shows but when it comes to indoor venues some folks are still a little nervous about going out. I have not slowed down though and will continue to play indoor venues throughout the winter for all my friends and fans!

Speaking of shows you seem to have a constant stream of them coming up. What are some of your favorite stages, rooms, or venues to play?
I really enjoy playing at larger outdoor venues like The Rathskeller and the fairs and festivals we've had this summer. I'm looking forward to another awesome fall/winter season playing at Phoenix in Pawcatuck, Filomena's, and so many more! 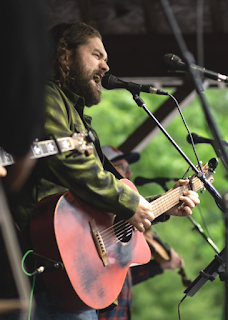 What band are you currently obsessed with?
Billy Strings, Tyler Childers, Charley Crockett, and Sturgill Simpson

Who are some artists that you look up to?
Waylon Jennings, Johnny Cash, Willie Nelson, Merle Haggard, George Jones, Jamey Johnson, and so many more

Waylon Jennings or Gram Parsons?
Waylon Jennings all day
What are some of your favorite local bands/artists?
Mickey Lamantia, Nick Casey, Jesse Desorcy, Back Rhodes, Rivers North, Tyler Fauxbel, Nina J, The Silks, Liz Spencer, Ben Freiert, and Dan Watson
Outside of playing music. It's Friday night and you want to go out for dinner. Where are you heading?
Engine Room or Shunock River Brewery
South Eastern Connecticut and Rhode Island are sought after for travelers coming to look at foliage and vacationing in the fall months. Is there anywhere you like to "get away"?
I have some secret spots in Voluntown and North Stonington that I like to visit when the leaves turn

In your opinion what do you feel helps push music further, streaming sites (Spotify, bandcamp, Apple music, etc...) or nose to the grind playing shows and hustling the old school way?
I think utilizing streaming services helps you get your music out to those you can't reach but the real fans are earned through hitting the road and performing live.

You're booking a show... 4 bands or artists not counting yourself, (you being the 5th). Who's on the bill?
Nick Casey, Back Rhodes, Mickey Lamantia, The Silks

What are your thoughts on mixed bill shows? For instance if you played with a hip hop act or a metal band.
I would be ok with that, we are all on a musical journey and shouldn't be close-minded to other people's music.
As we go into the colder months what do you have planned? More shows? Recording?
I will be working on my EP in the studio, writing songs, and playing as many shows as I can