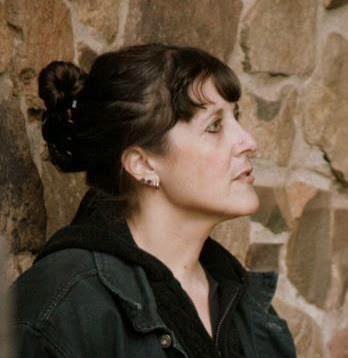 It's going to be a great weekend of music in New London. Most of the action takes place in a tiny section of downtown, which is always nice because people can wander between the clubs and catch even more music in one night. Saturday is the busiest night, but that's no reason to stay home on Friday night (unless you have to work late Friday and be in early on Saturday, like I do...). 33 Golden Street in New London will have a show with King Sickabilly, the Providence psychobilly legend who formerly fronted Sasquatch & the Sick-a-Billys, and the Slaughter Daughters, who are making their first visit to the Whaling City from their home base in Oregon. The Slaughter Daughters is a banjo, guitar, upright bass trio fronted by Ariana Celestine and Cecilia Raheb. They play dark roots/gothic Americana, influenced by Slim Cessna and Munly, Cab Calloway, and Hank Williams. It's going to be good. Cover is $5 and the show starts at 9:30 pm.

On Saturday night, go out early and stay late. There's a lot of music, and it starts at 6 pm. With halfhearted apologies for the self-promotion (haha), I must say that I'm very excited about this night. There will be two shows, an early show and a late show, happening at 33 Golden Street. The first (early) one will be a CD release for my side project, SheSaidHeSaid. SheSaidHeSaid is the duo that Hugh Birdsall and I formed a couple of years ago. We don't play out much, but we are releasing a brand new limited edition CD single, so it seemed like a fine idea to have a CD release show. Our other bands, Dogbite and Anne Castellano & the Smoke, will also be playing. Dogbite opens the show at 6 pm. That's a real time! We are going to end the show at 8:30 pm to allow time for the bands to set up for the late show. Don't be late! Dogbite plays until 7 pm, then SheSaidHeSaid will do a short set immediately afterward. Anne Castellano & the Smoke will go on at 7:30 and play until 8:30. If you're worried about having time to get dinner before the show, I have some great news for you. 33 Golden has announced that Mi Casa 2, the Mexican restaurant upstairs that everyone raves about, will staff a waitress downstairs at the club during the show. They'll have a special menu created just for us too. If this works out well it could become a regular event. Following our show, there's a second show with the Lost Riots, the Manchurians, and Horns of Ormus. The Lost Riots will open the show at 9:30 pm. These New Haven garage punks are getting ready to release a new CD, Shorter, Faster, Louder. I don't think they'll have it ready by Saturday, but it shouldn't be long now. Next up will be The Manchurians, maximum R&B from Branford. These guys just had a sweet gig at the Space opening for Little Barrie, from the UK. The Manchurians have been playing in New London for many years, and it's always nice to have them in town. Closing out the night will be New London's own Horns of Ormus. Horns of Ormus has been recording a CD at Bonehead Studios, so hopefully they'll have that available soon. So there you have it, six bands in one evening at 33 Golden, and Mexican food as well. I would guess that you'll probably only have to pay once to get in for both shows, but don't quote me on that. Cover is $5.

Down the street at the Oasis Pub, there will be a show on Saturday night with Marvelous Liars and Wolfghost, two of the newer bands on the New London scene. Marvelous Liars is the latest project of Nicholas Johns, of the sadly missed band Gone For Good. Marvelous Liars recently posted a demo of Highway Skies via their Facebook page, and it sounds really good. See for yourself here: https://soundcloud.com/user275590888/highway-skies-demo. Wolfghost is the new "heavy duty rock & roll" band comprised of Joey Royale, Mike Desmond, Dave Anderson, and Bobby Crash. They have some music posted too, at http://wolfghost13.bandcamp.com/. This is a great opportunity to see a couple of the most talked about new local bands. Cover is $5 and the show starts around 10 pm.