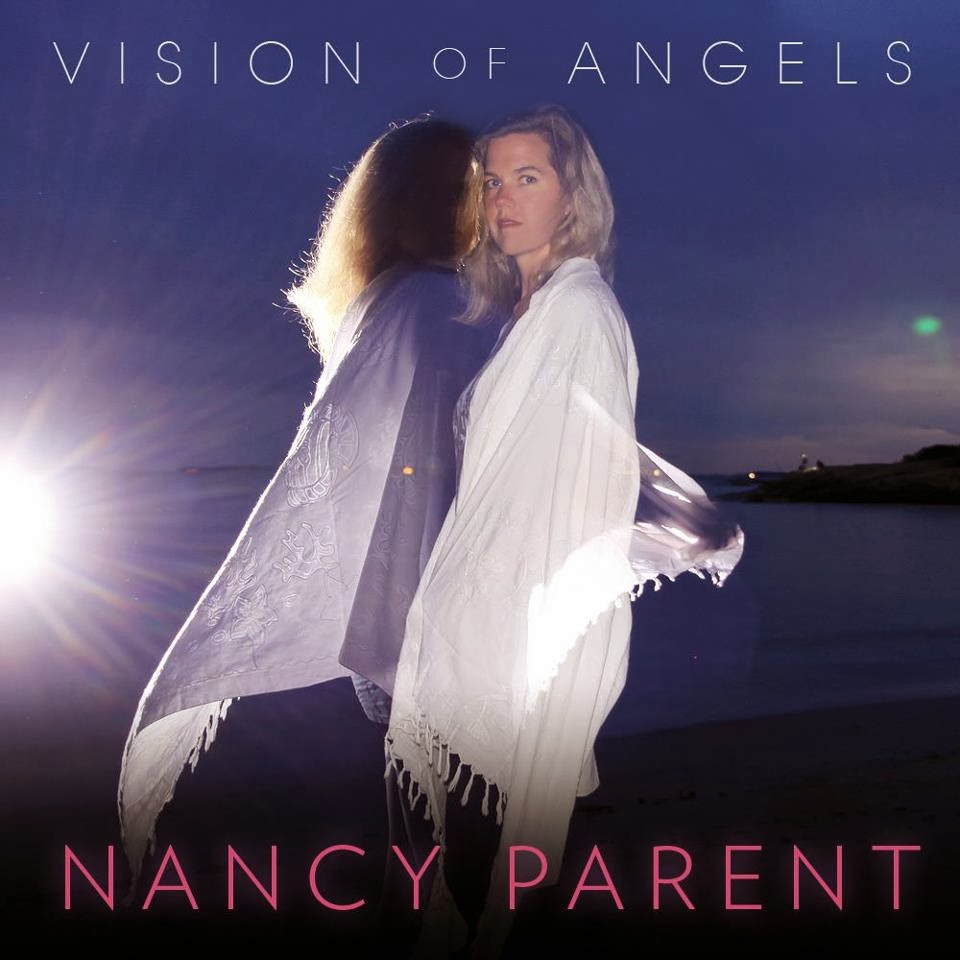 Singer-songwriter Nancy Parent (also from The Rivergods) released her first solo record Vision of Angels in October 2012.  While scheduling conflicts made it so I couldn’t do a review then, she has a solo show which will be broadcast live from the Mohegan Sun Cabaret Theatre this Friday night on radio 94.9 FM  - so now is as good a time as any.

Produced by Hugh Birdsall (Reducers, Dogbite) Vision of Angels is chock full of neo-folk and mellow pop tunes that sparkle and showcase super lush instrumentation.  Along with Nancy’s guitar and pedal steel there is quite a bit of violin, piano, upright, electric bass and drums on the record.  If you’re honest with yourself though, it's Nancy’s angelic voice you’re really looking forward to when you go to listen to Vision of Angels.  The studio not only allows her voice come through with dazzling clarity but it also allows there to be many Nancy’s singing along with each other which turns into a very comforting and relaxing sound.  There is an airiness and tenderness to her voice, never forced, but you can still very easily be overtaken by it. Like being surrounded by mist while working through the woods.

Nancy doesn’t stray too far from the Rivergods formula of folk and country infused pop on Vision of Angels.  She more or less takes it down a notch, mostly out of the “rock” genre, and makes the sound more personal and perhaps more moving.  There is no doubt that this was in incredibly introspective album for Nancy, as most solo outings are.  The soul searching she did to write these songs comes through in spades.  All the words she sings seem to have been meticulously chosen for flow and meaning.  She sings them all with the utmost conviction and confidence.  This confidence never diminishes the vulnerability that much of her lyrics represent but in a way makes it more believable.  Like overcoming a long time phobia or telling someone you’re in love with them, you must be firm and confident even though you’re really going out on a limb.  Nancy walks that limb with grace and poise.

There are some jumpier more driving moments on the record - the title track “Visions of Angels” and “Memo” come to mind right away.  With the use of electric guitar and steady drumming these songs serve to break up the quiet folk that makes up the bulk of Vision of Angels.  The quiet is where the magic lies however - “Ten Thousand Things” with its finger-picked guitar, subtle keys and slow bowing violin is brimming over with beauty and melody.  Nancy is allowed to simply float along that river and sing her story.  Times like these are when she’s at her best.

Vision of Angels has a beauty that cannot be overlooked.  There is no better way to sum it up.  It’s one of the most intimate and personal sounding records to come out of this area in years.