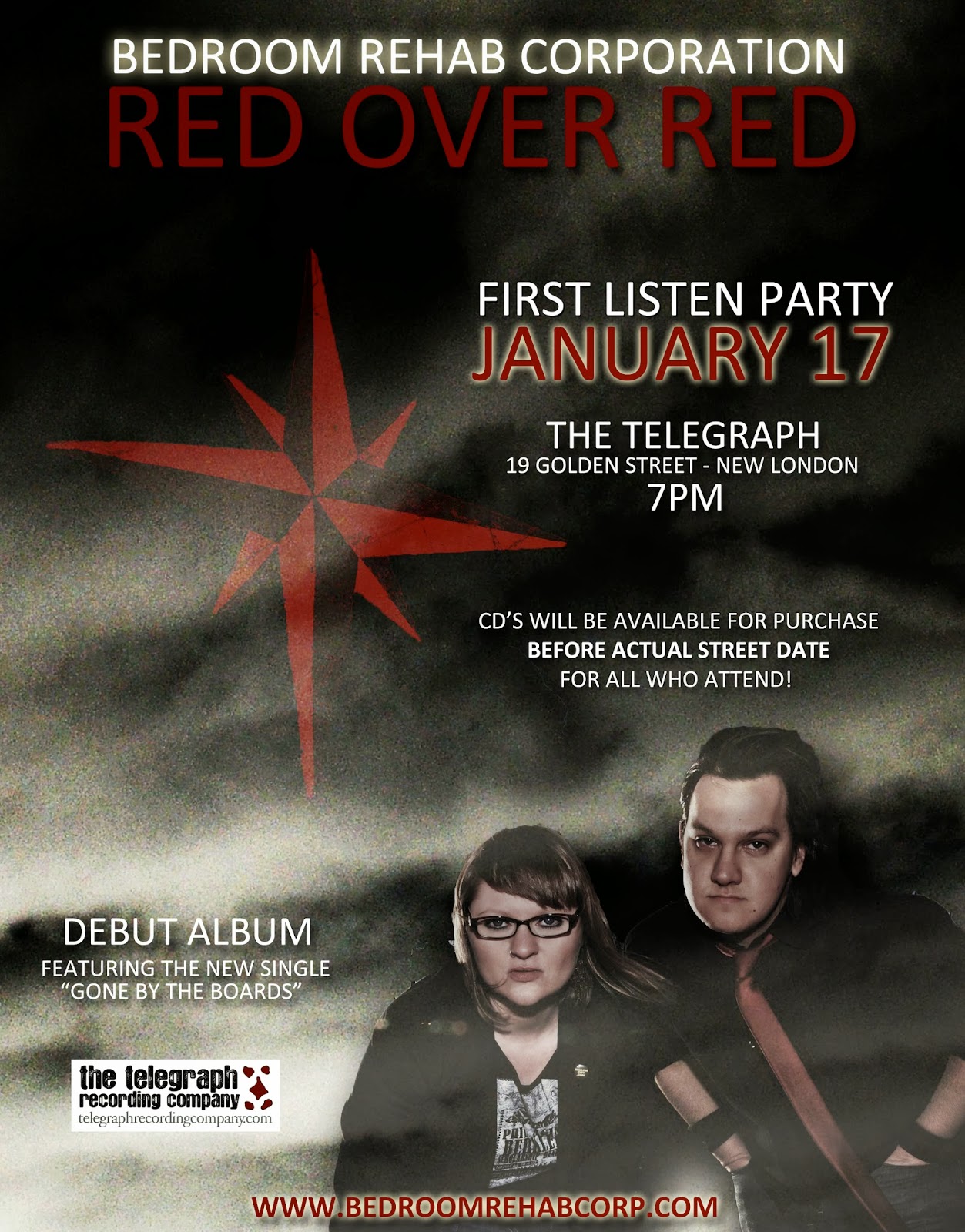 
New London's doom bass and drums duo Bedroom Rehab Corporation, will be releasing their debut LP Red Over Red with a "first listen" party at The Telegraph on Thursday January 17. This event will serve as the band's release party, along with 2 live shows locally: Fri Jan 18 @ The El-N-Gee and Sat Jan 26 @ The Crocker House Ballroom for The Hygienic Rock Fix.

Red Over Red CD's will be available for purchase at the first listen party, (which is before the actual street date on Jan 22), for all who attend. The band decided on the listening party as a way to give locals "first dibs" on purchasing the record before it's street date, as well as a chance to mingle with friends and listen to the record without the volumes of a live band release party.

The album was recorded and mixed in October by Justin Pizzoferrato, (Dinosaur Jr, Sonic Youth, Black Pyramid), at his new studio Sonelab, (Chelsea Light Moving, Black Francis), in Easthampton, MA. The LP was mastered by Carl Saff of Saff Mastering in Chicago, IL and will be released with help from local independent record label Telegraph Recording Company. The first single, "Gone by the Boards" was released in December, and is streaming or available for purchase and download here.
Following the first listen party, the CD will be available through the band at shows, in local record stores and online starting January 22nd. For more info please visit www.bedroomrehabcorp.com.