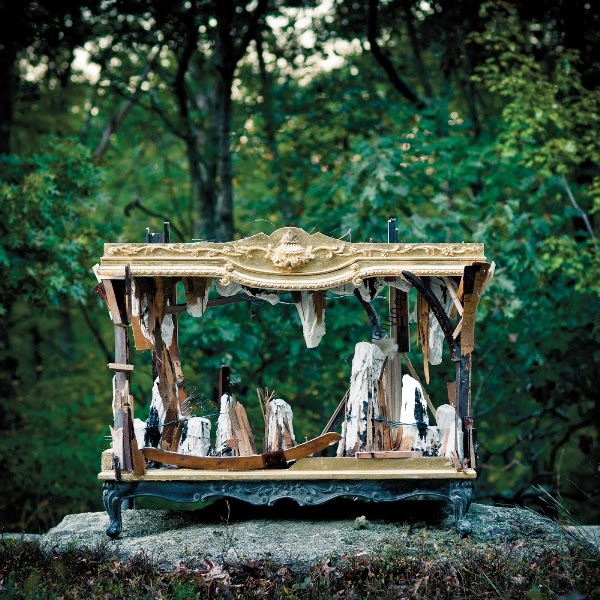 New London’s own Ferocious Fucking Teeth are releasing their long awaited, self titled, Steve Albini recorded, LP on Saftey Meeting Records Tuesday February 28 with a celebratory release party at Cafe Nine in New Haven on March 3.  This doom/sludge quintet has been garnering a lot of attention lately and with good reason.  Not only did they record with one of the most respected names in the industry but with their unorthedox lineup, (2 drummers, guitar, baritone guitar and vocals). Making enough noise to be heard easily within a 4 state radius and playing music that runs the gammot from slow melodic drone of Earth to the breakneck speed and big riffs of Buzzo*ven this is a band to watch for sure.

FFT’s instrumentation makes for a very polarized sound on record.  With each drummer and each guitar hard panned to a specific side, the only thing heard in both headphones is Danny’s voice screaming out from what sounds like the 4th demension.  It’s a crushing feeling being in the middle of that sound but it’s a feeling most coinesuers of heavy music have grown accostomed to.  The tonality of the guitars isn’t all that different being that it’s usually a big distorted chord but they are distinguishable.   When they’re playing different things the polarized nature of the recording comes back into full view.  This technique makes FFT sound almost like 2 bands that are playing off each other.  Neither side is leading this dance and without one side the sound would be thin.
Another striking thing about the songwriting is changes in speed throughout the album and even in single songs.  A song like "Don’t Go" seems like it would be building to a breakneck almost grindcore pace but instead after 2 big buildups breaks down to a mid tempo stomp.  The opening track "One Bright Light" has the almost the oposite effect going from very quick but distant guitar hits to a rocket powered noise fest with an ending that almost crawls to the completion of the song.   My personal favorite track on the album "Daytona" is a semi melodic dirge from beginning to end but grows in and shrinks in volume rather than speed.

Despite the noisey nature of the members previous bands (Brava Spectre, Total Bolshevicks, Trillion Gallons of Gas) the noise on this record is much more of a texture rather than a selling point.  This causes FFT to be far heavier than all of the other projects.  While noise is good for grabbing attention and abrasiveness it doesn’t give you the thud and bang required to bring home a heavy sludgey riff.  FFT’s self titled LP is well worth listening to if you’re a true fan of heavy music or casual fan of the big riff.  There is more there then a cursary listen will allow you to hear so strap on your headphones turn it up and brace yourself.

Check out Corrine's interview with the band here: