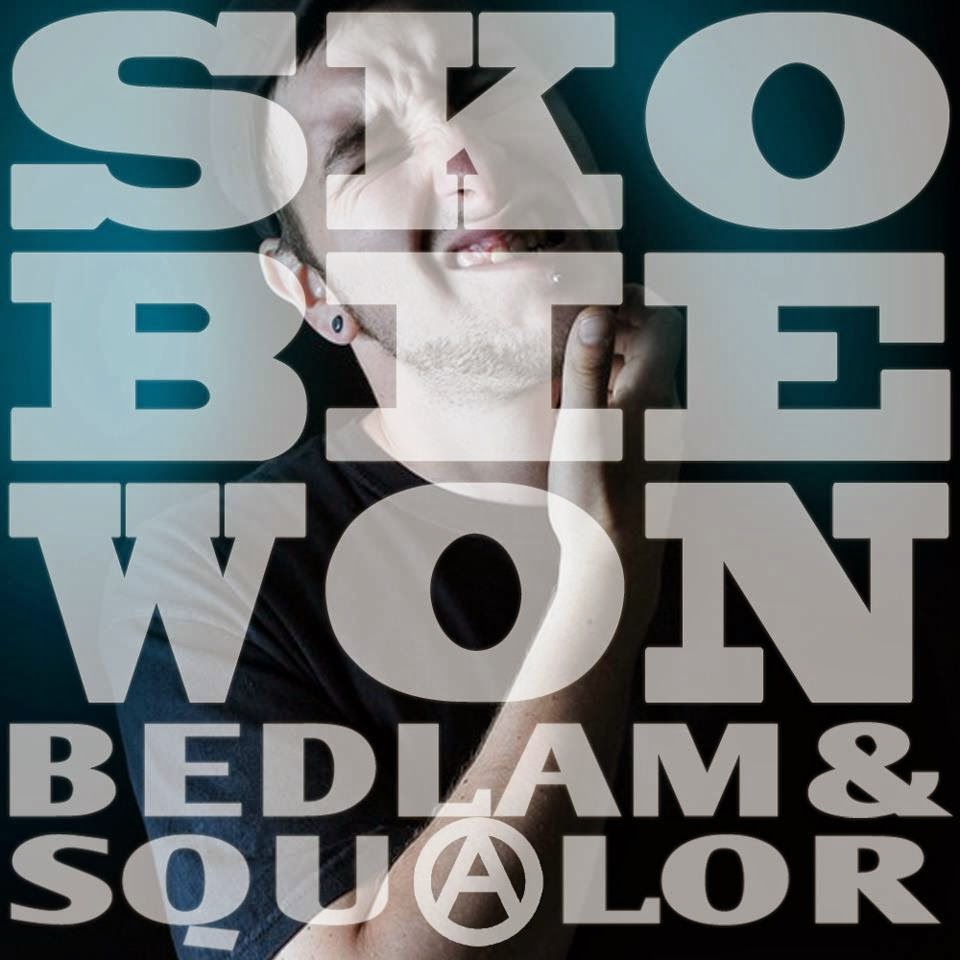 Is "space rap" a genre?  If it's not then I am coining it and putting Skobie Won in there.  If it is a genre... than Bedlam and Squalor should be one of its shining stars.  Categorized by a sound that’s bright and vast, it allows you to sink into the album as a whole, but with enough thumps and cracks to blow up a star destroyer.  The balance between a slowly rising tide of synth sounds and drum beats that sound like over clocked Rock'em Sock'em robots is what elevates Bedlam and Squalor above the heard.

Having reviewed 2 Erik Lamb albums, both of which are heavily produced by Skobie Won, I feel like I'm familiar with Skobie's work.  There's a dance music vibe to the beats.  The sounds are reminiscent of Nintendo noise only rounder and clearer.  Listen to it on headphones and you'll be much more captivated by the panning.  Whether it's Bedlam and Squalor or Shoot Everything (Erik Lamb) all three of those statements are true.  Bedlam and Squalor just sounds bigger.  It surrounds you in a ball of neon glowing circuitry and bounces you around a room made completely of subwoofers.

Purposeful is the first word I would use to describe the vocals on this album.  There is a quiet anger in Skobie's voice.  He speaks as if yelling would be too cheap.  He annunciates like he was smacking you with syllables.  There are no tricks in his cadence; it’s the steady barrage that keeps you on your toes.

The beats being what they are Skobie could load his songs with short simple choruses to anesthetize a crowd and keep them moving.  That would be too easy.  Skobie jams lyrics between shout along phrases in his choruses and keeps them spread out so they don't become monotonous.  He also likes to throw Tom Waits references in his lyrics.  If you were to drink a shot of Bourbon for every lyrical reference and sample you’d be good and drunk by the end of the album.

Bedlam and Squalor is enough of beats you know from previous Skobie Won productions to feed your craving but enough improvement on previous techniques to keep from being stagnant.  The strings and guitar sounds in the title track are plenty of evidence of that.  If you keep your ears open you’ll hear things that you wouldn’t expect but will end up falling in love with.