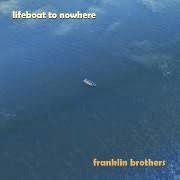 
To preview tracks from the CD, or to purchase and download the album, please visit: http://www.franklinbros.com/
Email ThisBlogThis!Share to TwitterShare to FacebookShare to Pinterest 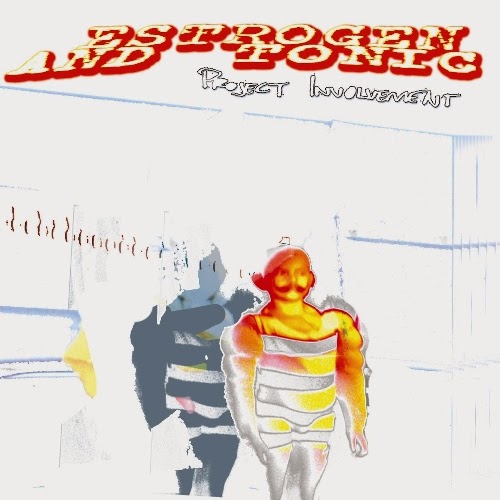 Project Involvement sounds to me like some kind of corporate slogan. Like a tag line on a yearly review that says whether or not you did more than just what was on your job description.  With Chris playing bass for A Honey Wagon and Wrist Like This, Steve playing bass for Missing Cat and Todd fronting Wrist Like This... the members of Estrogen & Tonic get an "Exceeds Expectations" for their extra efforts musically.  With all this going on it's a testament to their commitment that they were able to put together a product as cohesive and thought through as Project Involvement.

With Jay Curland, (drummer for A Honey Wagon and Wrist Like This), at the controls, the sound is decidedly dirtier and angrier.  The lyrics are still ridiculous and fun, i.e. "I’m gonna ride my jet-ski to court", but with the distortion on the vocals and the increased volume of the music, the lyrics are taking a back seat.  The sound has been harnessed into something that is far darker and more punk than expected.  The one two punch of "Garbage" and "Imaginary Friend" illustrates this perfectly.  "Garbage" is a feedback driven stomping/yelling crusher of a song, while "Imaginary Friend" sounds like Tales from the Punchbowl era Primus playing "White Rabbit" if the rabbit was the one from Donnie Darko.

With this kind of drastic change in sound you'd expect a great deal of musical change to accompany it.  You'd be wrong in this case.  Todd's bass is still in the driver's seat, Annemarie is still bashing the hell out of the drums and Chris and Steve criss-cross their quirky guitar lines throughout the whole record.   Most of the songs are upbeat and short so you're constantly being pulled in new directions but never slowing down.  I defy your ears to get bored or lazy while listening to this album.
Project Involvement may come as a surprise sonically but if it didn't that would be a step backwards for Estrogen & Tonic.  A hard left turn and a musical slap to the mouth should be considered a blessing.  This is a band that's completely based around being different and not giving you what you expect and that is still something that should command respect.